Prices may have moved sideways at the onset of the coronavirus crash, but this strategist expects them to take off in the coming months. Find out why here. 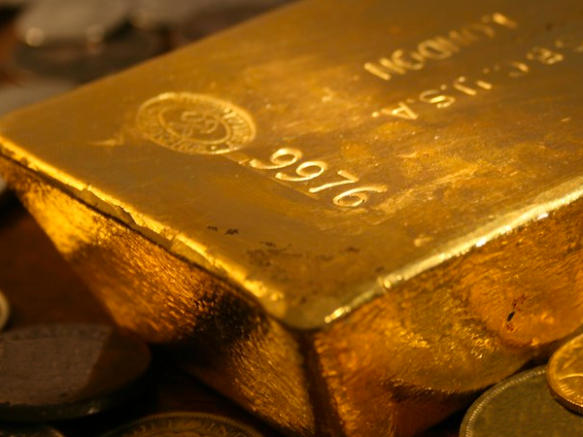 Photo by Flickr.com| CC BY | Photoshopped

It has frequently been stated over the past years that the gold market is waiting for a black swan type of event in order to explode to the upside. And, to Forbes contributor Rainer Michael Preiss, the coronavirus is perhaps an even greater black swan than was necessary.

The previous weeks have seen precious metals prices respond in kind, initially being moved sideways by a wholesome market selloff before strongly returning to the path they have been on since mid-2019.

The overwhelming demand for the metal has paired with disrupted supply chains as nations seek to contain the virus, making bullion difficult to access and sending premiums soaring. The lack of supply has even prompted Russia’s central bank to consider easing off its monthly multi-ton purchases for the time being to make room for other buyers, although the nation’s strategy has only grown more gold-centered as of late. And, perhaps most impressively, gold has outperformed the greenback during an unprecedented rush to liquidity.

As optimistic as these developments are when it comes to gold’s prospects, Preiss thinks the action in the market is only starting to heat up. As Preiss points out, the global economy was already in a rough spot before the coronavirus was first mentioned, suffering from a combination of historic debt levels and overblown equity valuations. Early estimates that measures to contain the spread of the virus will cause a 20%-25% decline in global economic output paint a sordid picture moving forward.

A peaking stock market in February, driven by bullish investors who rode the wave of tax cuts and Federal Reserve rate slashes, was not enough to offset the persistent contraction in global growth. It also did little to tackle the issue of global debt, which is projected to accelerate even further and reach an incredible $257 trillion by the end of Q3. Another interesting takeaway is that corporate share buybacks played a key role in propping the U.S. equity market to its February highs, leaving the market and the economy as a whole vulnerable to an external shock.

Preiss finds it difficult to envision a scenario where gold doesn’t continue outperforming. The general consensus is that the aftermath of the crisis will result in a global recession and therefore usher in some mixture of debt deflation, declining interest rates and massive amounts of money printing. As veteran investor Mark Mobius recently reminded investors, any of these factors represent a powerful driver of gold prices on their own.

Besides the obvious issue of currency debasement due to a jump towards quantitative easing programs, Preiss thinks that a possible crisis in the global banking system would bring gold to dizzying heights due to the metal’s cherished property of existing outside said system.