After a strong year in 2019, two analysts are just as bullish on the yellow metal for 2020. Here are three significant reasons for that optimism. 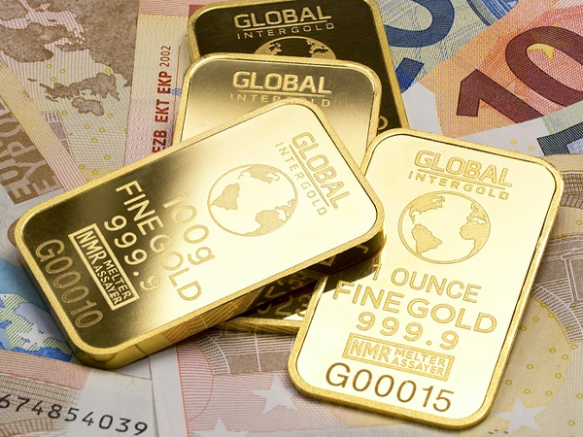 As 2019 drew to a close, some analysts pondered whether gold can continue its outstanding bull run, which brought the metal’s price up by nearly 20% in the second half of the year. Those questions were emphatically answered less than a week into the New Year, as gold breached the $1,600 level for the first time in seven years, riding on tensions between the U.S. and Iran.

Although prices have pulled back as tensions simmered, gold remains around last year’s high of $1,553, a level last seen in 2013. According to various strategists, the exceptional start to the year that gold has had could be the continuation of 2019’s upwards momentum due to 3 key reasons: ongoing geopolitical risk, a weakening of the dollar and the new norm of negative real rates.

In a note discussing the latest bout of price gains, UBS commodity strategists Joni Teves and James Malcolm shared their view on why gold has a solid case to retrace to the $1,600 level and form a base around it. Out of the three factors, the strategists hinge the least importance on geopolitical tensions. Nonetheless, should these tensions spill over and affect factors such as inflation or growth, the pair noted that gold would be primed for another massive jump. ING’s Head of Commodities Strategy Warren Patterson also stated that traders are more likely to assume significant long gold positions in the wake of the Middle Eastern flare-up, a notion supported by latest data from the Commodity Futures Trading Commission (CFTC).

Speaking about other drivers, Teves and Malcolm pointed out that gold has been outperforming in a variety of different currencies. The strategists expect U.S. economic data for Q1 2020 to come in as underwhelming, which would serve as another tailwind for gold and potentially weaken the dollar.

Colin Hamilton, managing director of commodities research at BMO Capital Markets, said that China is another important factor to look out for as the nation ushers in its own new year. As Hamilton explains, the past few months have hinted towards notable improvements in the Chinese economy. If data after the Lunar New Year confirms that an economic recovery is underway, investors can expect a significant increase in physical demand from the famously gold-favoring nation.