Analyst states U.S. Dollar/Gold ratio stands as accurate gauge of where the metal’s price is headed. 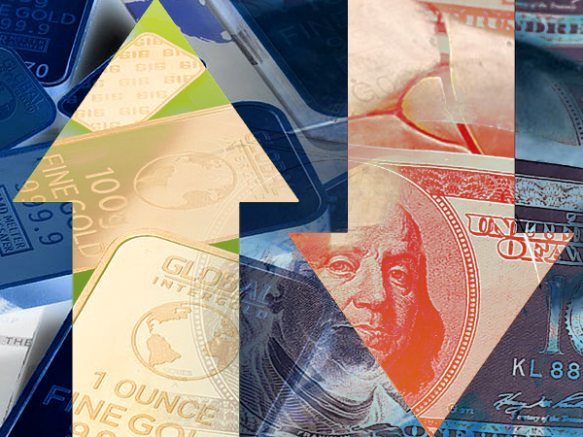 As Shawn Langlois points out in a MarketWatch article, there is plenty of geopolitical and economic strife gripping the world right now. The recent flash crashes of the U.S. and Asian stock markets are but one example of why demand for safe assets could be skyrocketing.

Besides trouble in stocks, the article writes domestic investors have felt the burden of an ongoing trade conflict between the U.S. and China with severe implications for the global economy. The Federal Reserve’s policy has likewise caused its share of worry, with some accusing the central bank of leading the country towards a recession through excessive tightening.

On the global stage, the article reports emerging markets have looked particularly wobbly as Turkey and Venezuela each slipped into a full-blown currency crisis. Growth and budget concerns that the European Union faces have also raised red flags from the eurozone.

But despite all this, gold investors remain conspicuously absent from the market. According to the article, while the metal notched some impressive wins over the past weeks, gold bugs still haven’t seen a flight to safety in proportion with the risks on the horizon.

However, the article states one technical chart suggests that the waiting might be over. In his examination of the U.S. Dollar/Gold ratio, analyst Chris Kimble noticed that the chart is sending a bullish message and is potentially signaling a reversal in the dollar.

According to Kimble, the U.S. Dollar/Gold ratio stands as one of the most accurate gauges of where the metal’s price is headed. The ratio’s climb from 2011 to 2016 corresponds with gold’s pullback from its 2011 highs. Kimble blames this year’s strengthening of the ratio for a lack of real upswings in the gold market.

The analyst believes that U.S. Dollar/Gold ratio chart is forming a double top below the falling channel resistance. In trading terms, double tops are two peaks in a row that can signal the bearish reversal of an asset.

While the dollar has looked strong this year, Kimble notes that the U.S. Dollar/Gold ratio has been on a decline since its 2016 peak. The dollar’s momentum since the start of the year may have kept gold prices in check, but Kimble thinks that the streak is finally ready to spill over and reverse.

If true, this could be a herald of what many believe is an overdue correction in the dollar index. Should this be the turning point for the greenback after a nearly 12-month long rally, the article writes gold investors will indeed have something to look forward to as the metal quickly responds to any sign of weakness in the dollar.